Our national parks provide stunning landscapes and well-known opportunities to get outdoors and enjoy nature. But they are also places to connect with history and culture and create your own stories!

In order to preserve these diverse stories and resources, the National Park System includes little-known places like historic monuments and sites, cultural sites, waterways and shorelines. There’s a good chance you may have already experienced a national park in your backyard without even realizing it! Or, there may be a site near you just waiting to be explored.

Together with our partner National Parks Conservation Association (NPCA), we’re bringing you a list of park sites to explore in your community. By partnering with NPCA, The Mill Keeper is helping to inspire people to visit parks responsibly and make their own memories in these unique places while also preserving this vast network of public lands for future generations. 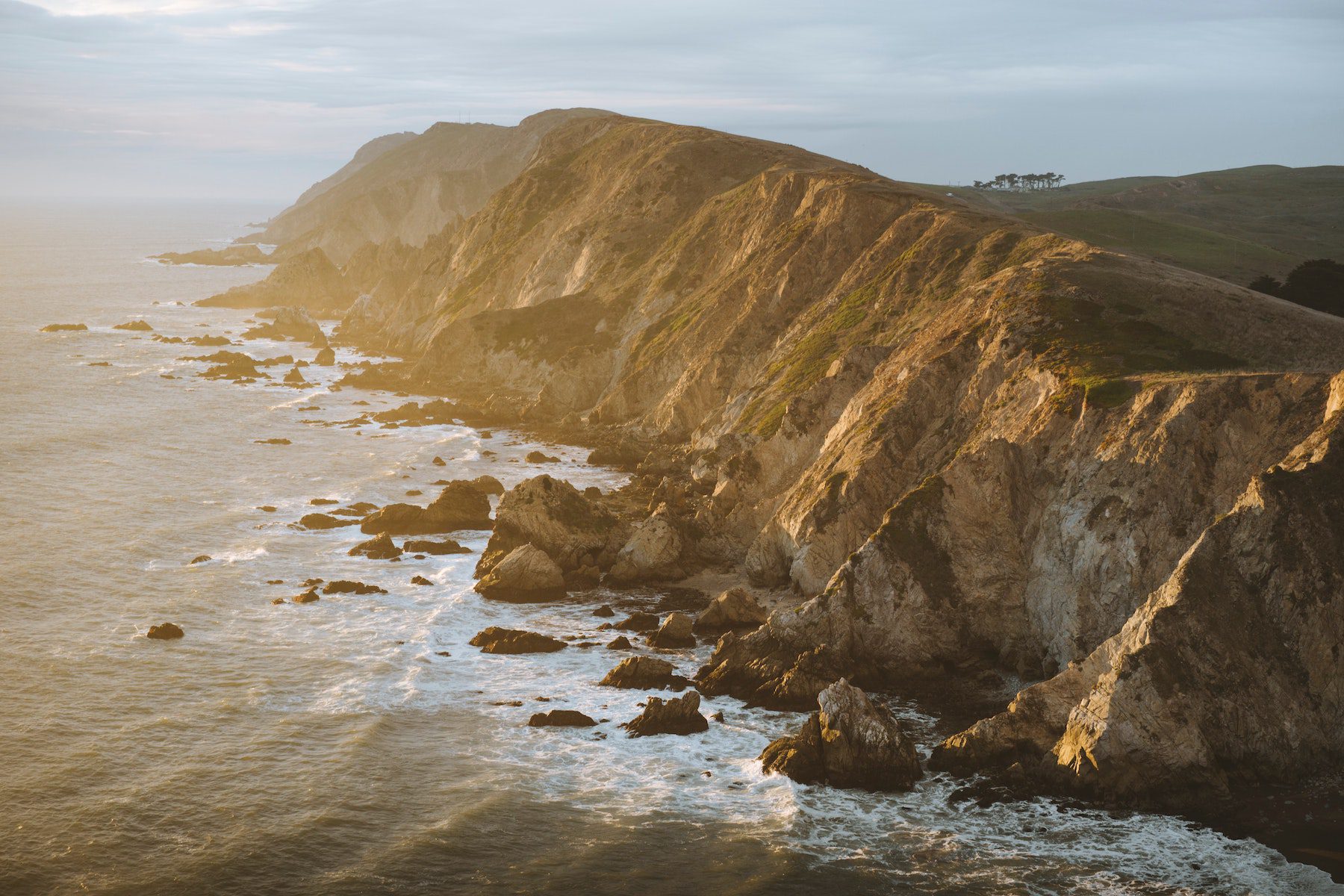 Photo by Peter Thomas via Unsplash.com

Berryessa Snow Mountain National Monument is one of 158 national monuments protected under the Antiquities Act of 1906, one of our nation’s most important conservation tools. Surrounding the farms, ranches and orchards in a region stretching from Napa County to the mountains of the Mendocino National Forest north of Clear Lake, these lands provide valuable wildlife habitat, lands critical for scientific study and recreational opportunities for residents of the region and beyond.

Point Reyes National Seashore is the only national seashore on the West Coast. It features windswept beaches, coastal cliffs and headlands, marine terraces, coastal uplands, salt marshes, estuaries and coniferous forests. Located on the Point Reyes Peninsula, 40 miles northwest of San Francisco, the park features 32,730 acres that are designated wilderness or potential wilderness, constituting one of the most accessible wilderness areas in the country, and the only marine wilderness (Drakes Estero) on the West Coast south of Alaska. The park harbors an astonishingly rich array of wildlife species, some found nowhere else on Earth.

Crater Lake National Park sits in a rugged portion of the Cascade Range and is famous for its deep, jewel-blue water. An impressive 20-mile ring of cliffs encloses the basin and adds to its magnificence.

About a four-hour drive from Portland, Oregon, the lake is surrounded by wilderness areas with meadows of seasonal wildflowers and old-growth forests abundant with conifers like pine, hemlock and fir. Visitors can tour the 33-mile Ring Road for beautiful views and take boat rides to explore Wizard Island, a cinder cone that rises 763 feet from the surface of the water.

Yellowstone National Park is the world’s first national park. Within the park’s massive boundaries, visitors can find mountains, rivers, lakes, waterfalls and some of the most concentrated geothermal activity in the world. The park has 60% of the world’s geysers, as well as hot springs and mud pots. It is also home to diverse wildlife with the largest concentration of mammals in the Lower 48 states, including grizzly bears, wolves, bison and elk.

Fun Fact: The Mill Keeper celebrates Napa valley’s first mill keeper and an early wine industry pioneer, George Calvert Yount. But George Yount wasn’t the only family member with ties to the land. His nephew, Harry Yount, patrolled Yellowstone in the 1880s and is regarded as the world’s first park ranger. 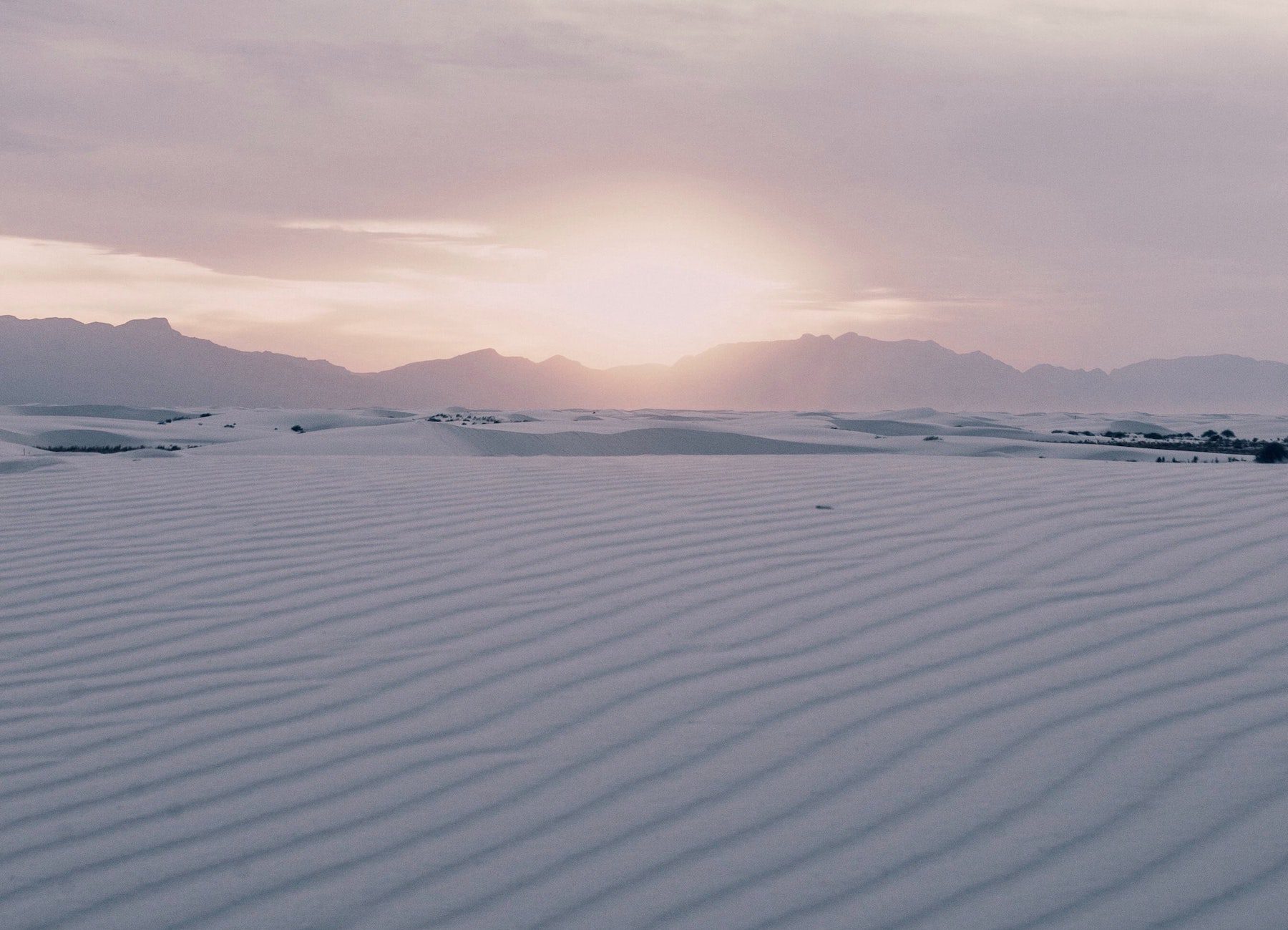 Photo by Madeline Pere via Unsplash.com

Natural Bridges National Monumentis a hidden gem in Utah far enough off of the beaten path that few of the visitors that head to Arches or Canyonlands make the two-hour trip south from the Moab area to see it, yet it’s one of the best stargazing spots in the country and the only place where you can find three natural bridges in such close proximity. Hike right up to these stunning rock formations—among the largest natural bridges in the world—then pitch a tent at a campsite on the edge of the park’s canyon for a starry, magical desert experience.

Big Thicket National Preserve spans seven counties and nine ecosystems, not far from the Texas-Louisiana border. Big Thicket weaves together internationally renowned biological diversity with the rich history of many generations of people who have relied on this land for safety and survival. NPCA is actively involved in several important efforts in the preserve, including restoring the native longleaf pine ecosystem, a key habitat for the endangered Red Cockaded Woodpeckers (RCW). The woodpeckers have not been seen in the preserve since the early 1990s, but by rebuilding habitat, NPCA is working to reintroduce this keystone species.

Rocky Mountain National Park offers breathtaking views of the spectacular Rocky Mountain range, with 60 peaks over 12,000 feet, small permanent glaciers, lakes, waterfalls, and historic and cultural treasures including ancient trails, game drives, cattle ranches and lodges. This park’s rugged landscapes harbor hundreds of high-elevation plant and animal species — some that are increasingly rare outside the park or are found nowhere else. Some of the park’s human-made structures speak to the boom-and-bust cycles and never-ending search for adequate water supplies that characterized the nation’s westward expansion.

Check out NPCA’s Know Before You Go Guide for helpful trip-planning tips.

White Sands National Park provides an otherworldly experience to hike and sled over a vast white expanse of powder. They may look like mounds of snow, but the dunes in this park are made of a rare form of crystallized gypsum. Because gypsum dissolves easily in water, rain would normally wash it away and carry it to the sea. In this part of the Chihuahuan Desert, however, the land forms a basin, trapping the mineral; water evaporates, leaving the gypsum behind, and wind and weather erode it over time into an ocean of glittering sand. 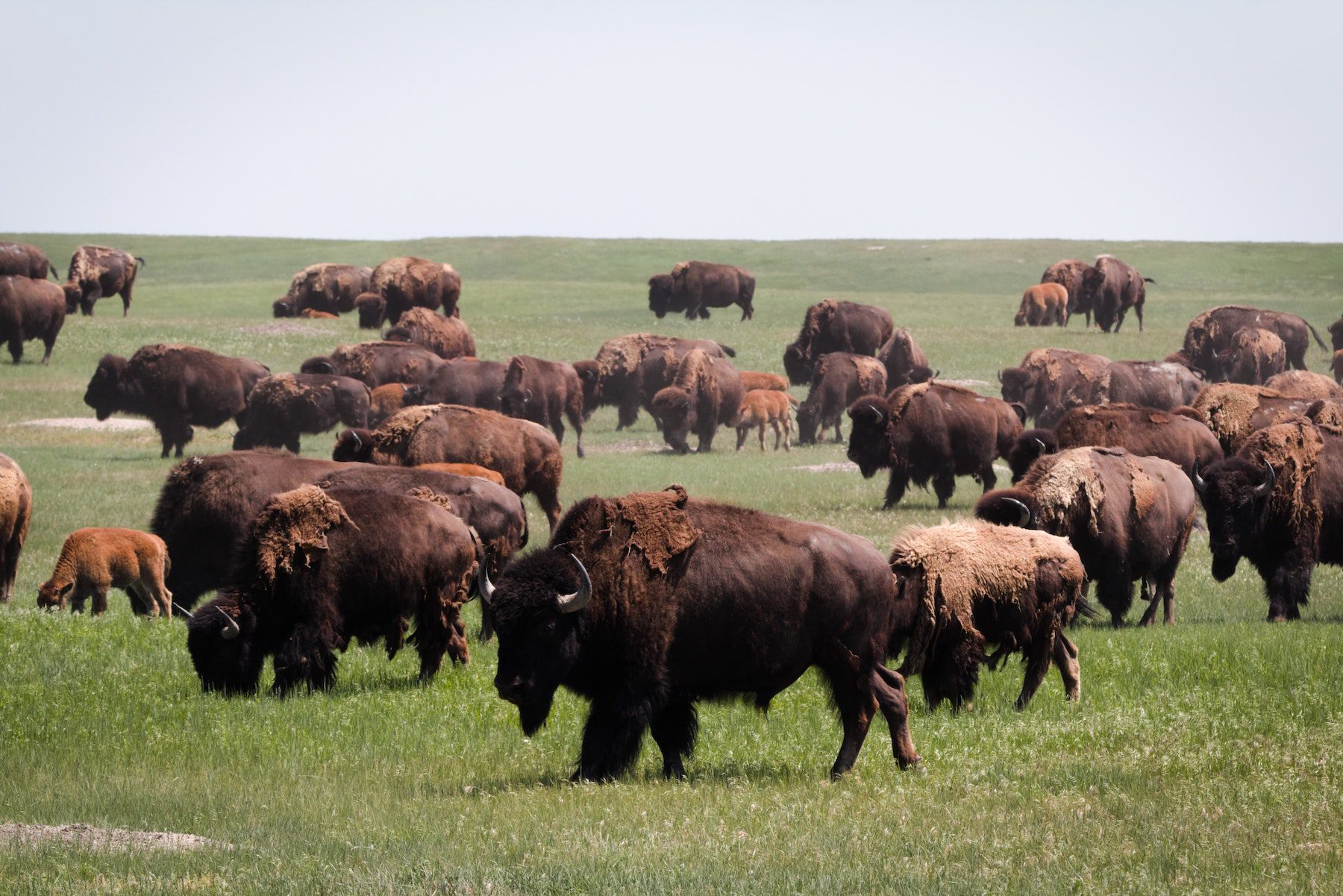 Photo by Stephen Perdersen via Unsplash.com

First Ladies National Historic Site is dedicated to documenting and interpreting the lives of America’s first ladies. Enthusiast Mary Regula, wife of a former Ohio congressman, helped establish a bibliography on these leaders who command the attention of millions and spearhead initiatives that shape our culture. Her efforts led to a National First Ladies Library in 1996 and this historic site in 2000 — one of only a handful of national parks devoted specifically to interpreting women’s history. Though the site preserves the childhood home of one individual woman — First Lady Ida Saxton McKinley — it also archives a wealth of information on the diverse lives of dozens of influential women who served in this rare and distinctive role in American politics and society.

Indiana Dunes National Park is an urban oasis just 35 miles outside of Chicago. This park includes more than 15,000 acres of sensitive dune lands, bird-filled marshes, oak and maple forests, and remnants of once-vast prairies. Visitors have seen more than 350 species of birds and researchers have found more than 90 endangered plant species within the park’s boundaries. Indiana Dunes National Park provides park visitors a wonderful opportunity to hike along the dunes, swim in beautiful Lake Michigan, climb Mt. Baldy or explore the wonders of Pinhook Bog, and get a taste of wilderness remarkably close to a major urban center.

Badlands National Park features sharply textured rock formations that share a 244,000-acre landscape with the largest protected mixed-grass prairie in the United States. The buttes, pinnacles and spires that define this region have been eroding for half a million years into their distinctive shapes — and continue to erode at a rate of about an inch per year. The park’s rugged beauty attracts visitors from around the world, and its geologic deposits contain the world’s richest Oligocene epoch fossil beds, estimated at 23 to 35 million years old. It’s also a home to one of the largest federal bison herds in North America. Badlands National Park is also an excellent place to see the night sky; on any given night, visitors may see up to 7,500 stars and a particularly clear view of the Milky Way. 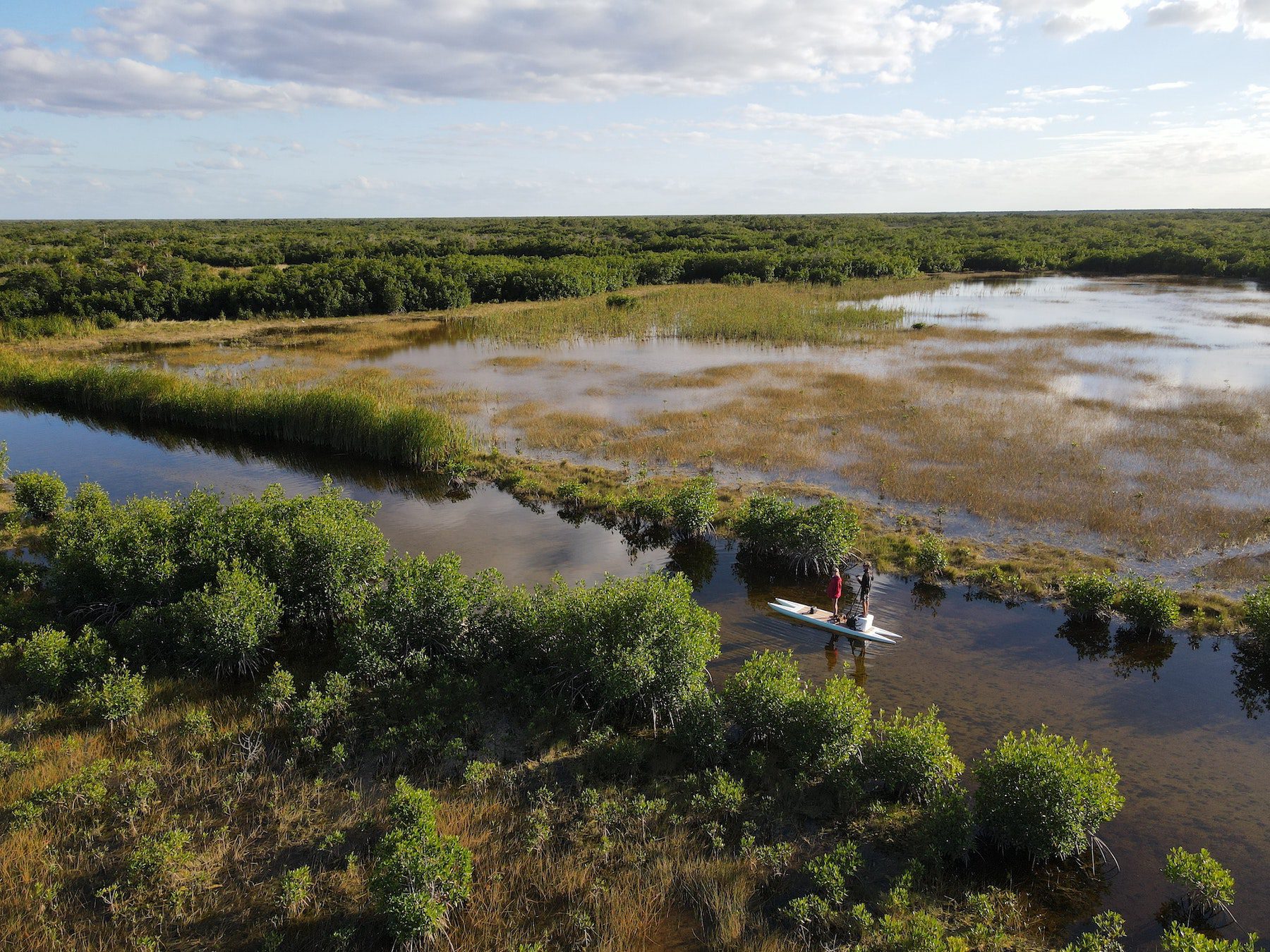 Photo by Lia Raby via Unsplash.com

Big Cypress National Preserve is the country’s first national preserve, protecting 729,000 acres of wetlands that flow clean water across the Greater Everglades ecosystem, into Everglades National Park, and into the vital estuaries along Florida’s southwest coast. Big Cypress is remarkable for its temperate and tropical mixture of species found across five major habitats: cypress swamps, marl prairies, pinelands, hardwood hammocks and estuaries including tidal marshes and mangrove forests. Explore hiking and paddling trails among these habitats that are home to more than 100 endangered and threatened animals and plants such as the Florida panther, the American alligator, and the famed ghost orchid. The preserve is also home to diverse species of flora and fauna found nowhere else on earth, from the Florida bonneted bat to the Big Cypress fox squirrel to Everglades crabgrass.

NPCA’s Know Before You Go Guide has you covered with trip-planning tips.

Great Smoky Mountains National Park is one of the country’s most popular national park sites. It offers postcard-perfect views and plentiful wildlife. World-renowned for its biodiversity, the beauty of its ancient mountains and its Southern Appalachian mountain culture, this southeastern gem is worth fighting the crowds to see. Seasonal offerings include colorful wildflowers in spring, rare synchronous fireflies in late May/early June and spectacular foliage in autumn. 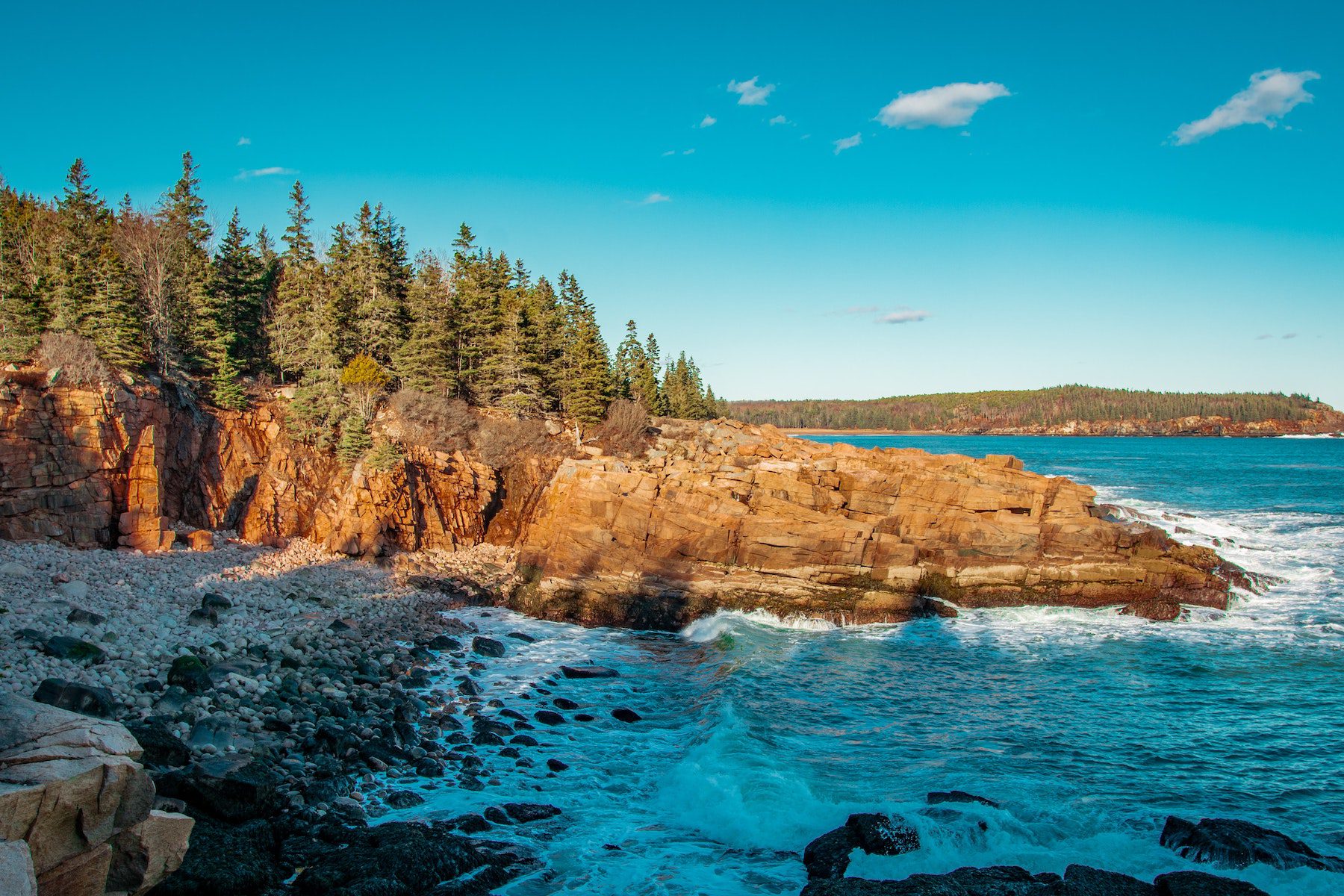 Photo by Trevor Hayes via Unsplash.com

Women’s Rights National Historic Park in Seneca Falls and Waterloo, New York, preserves the historic site where Americans began to shift their conceptions about the role of women in our society. Every time women exercise their right to vote, purchase their own home, or control their own wages, they owe a debt to the women of the First Women’s Rights Convention of 1848, celebrated by this park site.

Cape Cod National Seashore offers a quintessentially New England experience, from Nauset Lighthouse to the seaside cottages that nestle among the dunes. The park’s 43,000 acres make up most of the curving peninsula between Chatham and Provincetown, featuring barrier islands, pine and oak forests, wild cranberry bogs, kettle ponds, tidal flats and historic structures from the area’s long maritime history.

Acadia National Park offers ocean shoreline, coastal forests, remote islands, rocky mountains and historic lighthouses. With 45 miles of historic carriage roads to bike and 125 miles of trails to hike, Acadia is a premier destination for the adventurous and outdoorsy. Among the park’s granite peaks is Cadillac Mountain, which at 1,530 feet stands as the tallest mountain on the Atlantic coast.

Pro tip: Read NPCA’s Know Before You Go Guide for resources and tips for planning your trip.