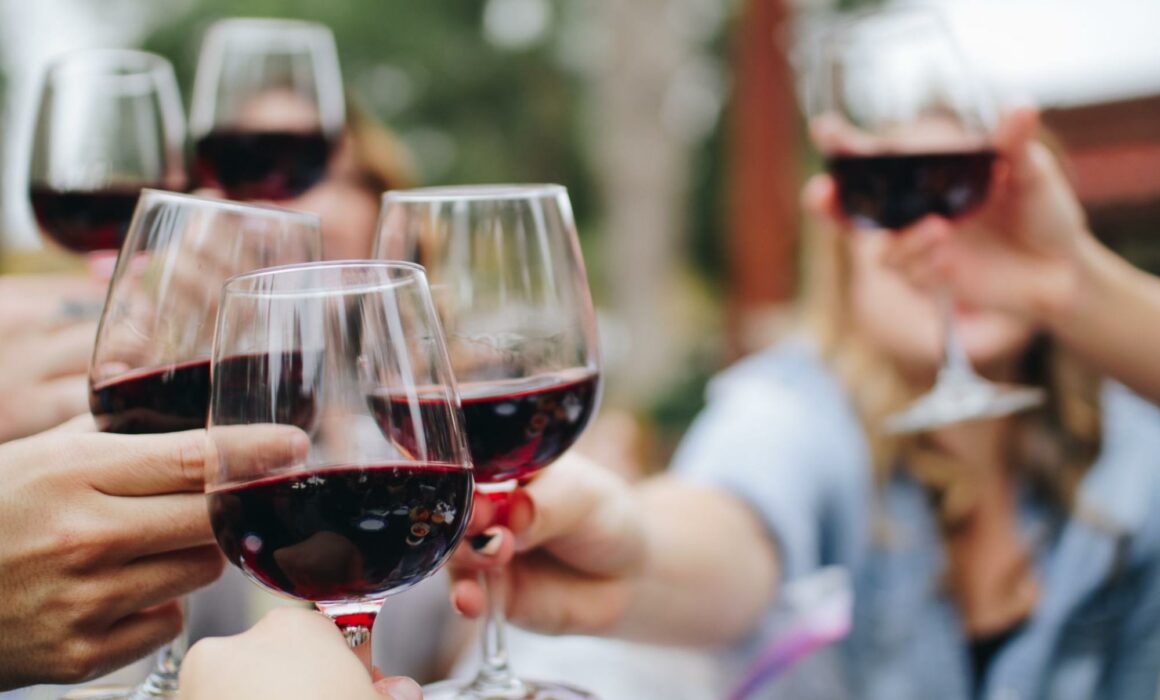 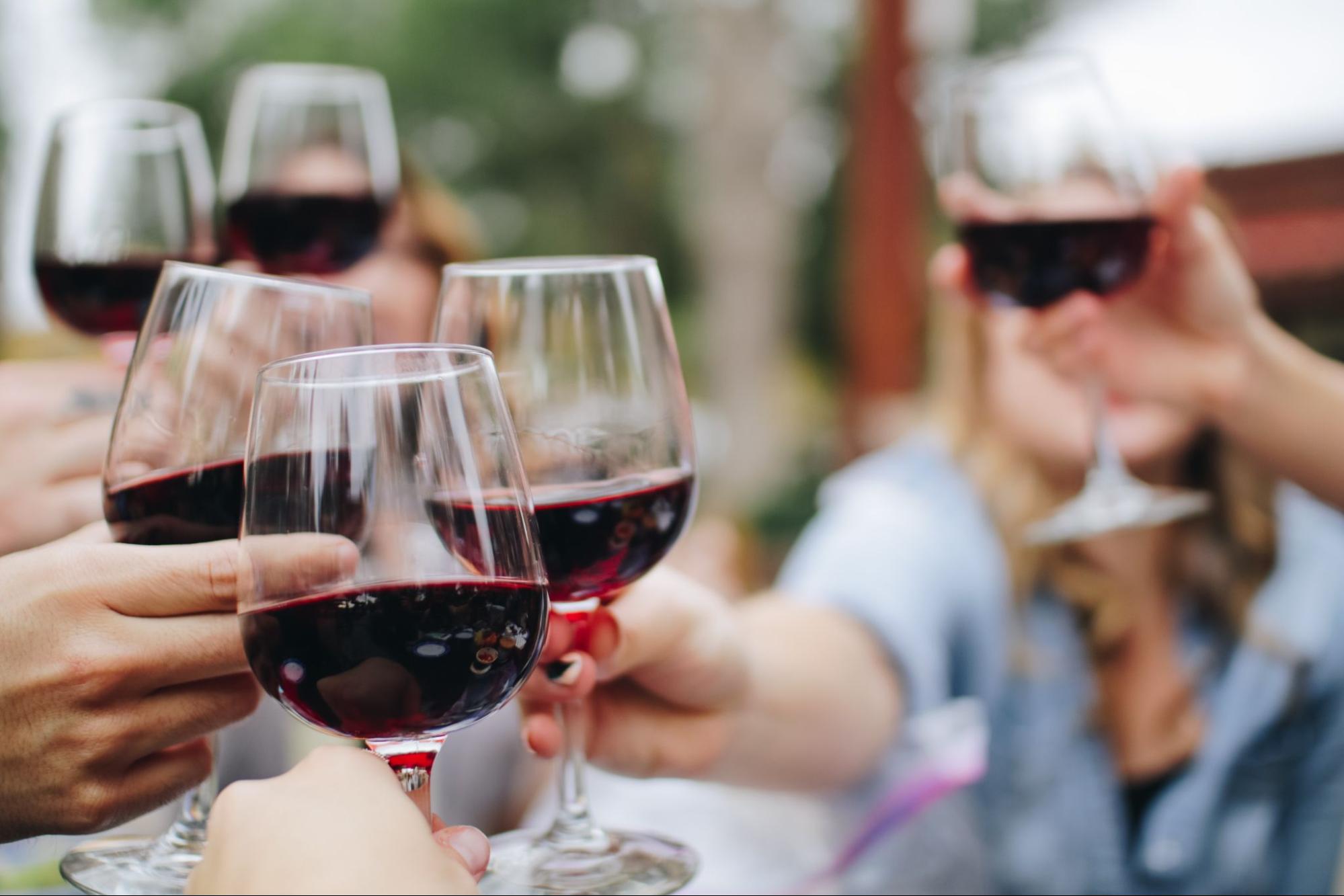 Photo by Kelsey Knight on Unsplash

The state of California is known for a lot of things, but did you know California Cabernet Sauvignon is considered one of the best in the world? This dark-skinned grape with a strong flavor profile and high tannic acidity is one of the oldest known, dating back to Bordeaux, France. It was initially planted in southwestern France (in the Aquitaine region, of which Bordeaux is part). It became known as “Cabernet,” a gender-neutral name of French origin that means Varietal Of Wine. California’s best Cabernet Sauvignon producers have made this variety their signature varietal in the United States. If you’ve ever wondered why California produces so much Cabernet Sauvignon, this blog will clear up any confusion!

Cabernet Sauvignon has a lot of different characteristics that make it unique among grapes. First, it has very thick skin covering the fruit, which helps protect it from exposure to sunlight and other environmental stresses during its growing cycle. The thick skin also allows for better ripening when exposed to higher temperatures in warmer climates.

In addition to its thick skin, Cabernet Sauvignon grows on a vigorous vine that produces large clusters of fruit each year with only moderate pruning requirements, making it easier for growers to produce high yields without sacrificing quality or consistency.

The weather in California can be pretty hot during the summer months; however, by October or November, nighttime temperatures begin to cool significantly. This is when many vineyards in California begin harvesting their grapes so they can make their wine when the grapes have optimal ripeness and acidity. The state’s Mediterranean-type climate allows California Cabernet Sauvignon grapes to ripen slowly, resulting in deeper red wine’s color and flavor profiles. In addition, a cool Pacific breeze, a warm sun, and California’s natural air conditioning make the perfect climate for growing the best Cabernet Sauvignon. The arid climate and Pacific winds keep temperatures relatively mild and create a steady flow of air that helps to dry the grapes and prevent disease.

The state’s nature-made air conditioning system is beneficial for grape growers; it has been compared to the “lungs of California” because it helps clear air pollutants. This is why more than 80% of all wine produced in the U.S. comes from California. The state has over 240 million cases of wine annually and is the world’s 4th leading wine producer. Also, fruit trees like cherries or olives are often planted alongside vineyards and can help protect them from pests or diseases (like frost). 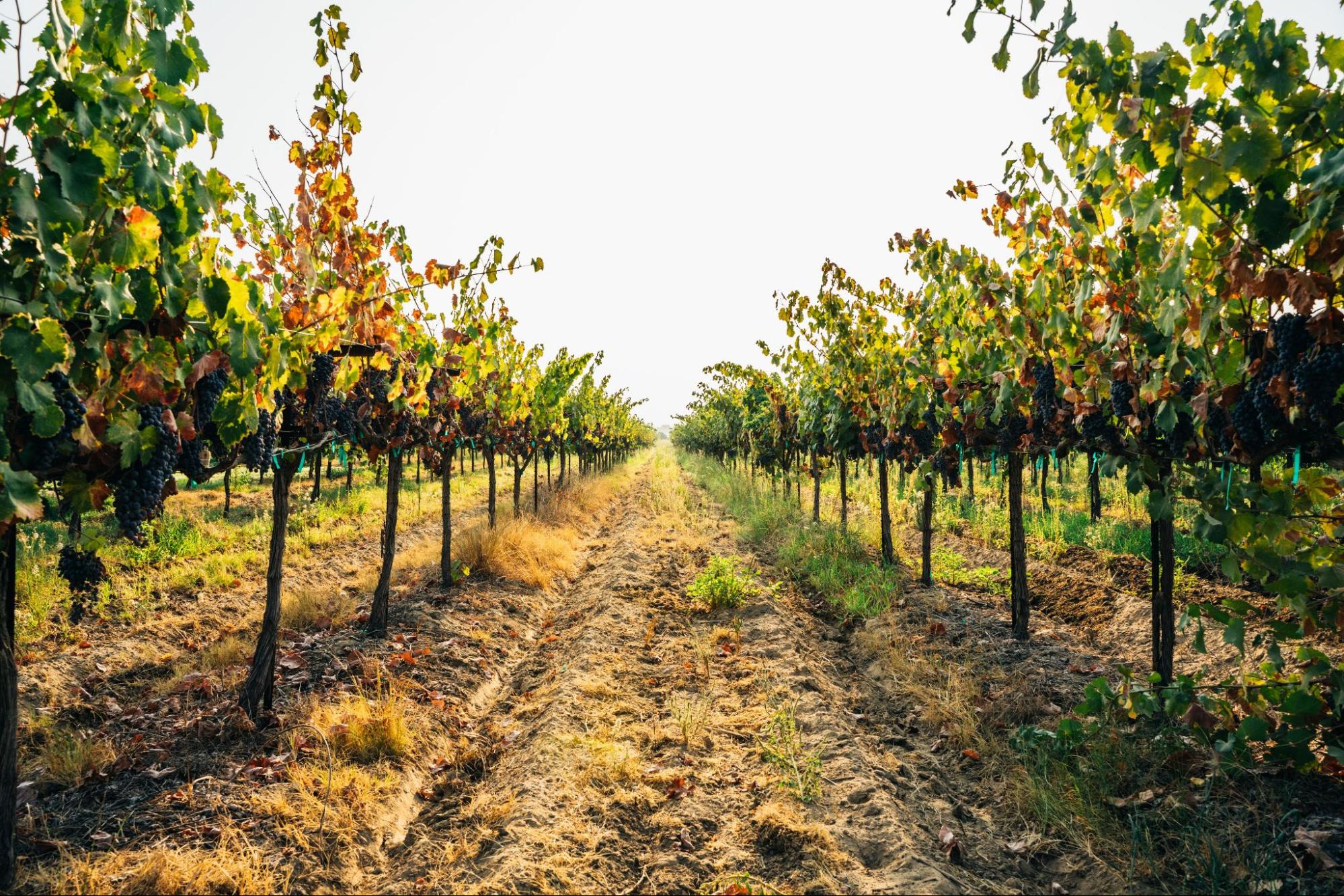 Photo by Susie Burleson on Unsplash

A Breathtaking History of Cabernet Sauvignon in California

Many people associate Cabernet Sauvignon wine with Bordeaux but fail to realize that France isn’t the only country that makes excellent wines from this particular grape variety. The United States has produced many beautiful vineyards over time, and each year, more wineries open their doors for visitors who want to drink Cabernet Sauvignon. There are many reasons why California Cabernet Sauvignon has become so popular among vintners. To begin with, the grape has a long history and tradition behind it. This means that plenty of experts know how to cultivate it properly and ensure that their wines taste great.

The Rise of Napa Valley

While there were central coast missions that made wine in the 1700’s, the wine industry was not “limited to the central coast” until the 1960s. There were notable wine regions prior to Napa including Rancho Cucamonga (early 1900’s) and Sonoma ( ~1920’s) but neither are considered central coast. It’s also good to mention that Napa was considered the first to put commercial winemaking on the map (Robert Mondavi, 1960’s). So while it’s true that Native Americans have been drinking wine for thousands of years, Franciscan monks are actually the first who planted wine grapes in California near San Diego in 1769. A movement toward making higher-end wines began as American consumers began to develop a taste for finer things. At the same time, winemakers continued experimenting with different red wine styles and blends as they worked to improve their products.

The modern California wine industry was built on a foundation of French techniques and varieties planted in the Golden State. However, the Paris Wine Tasting of 1976 marked a significant turning point for California wine. The French judges ended an era in which fine wine came only from Europe. California Cabernet Sauvignon was judged the best for the first time and it was a watershed moment for California wine. Until then, its reputation had been based on the sweet wines of Napa Valley and Sonoma County. This event helped launch consumer demand for fine wines worldwide.

The terroir of California showcases the best of what Cabernet Sauvignon has to offer: it grows well in warm to cool, dry regions with a marine influence (the influence of ocean water on the continental land that regulates the region’s temperature). In addition, the volcanic soil in this region makes for an excellent environment for growing grapes, and we know that the best Cabernet Sauvignon thrives in these conditions.

Wine regions worldwide have unique characteristics that distinguish each one from the next. For example, a grape grown in Bordeaux will taste different than one grown in Napa Valley due to terroir — the physical characteristics of each region that impact its soil composition, weather patterns, and vineyard management practices. Cabernet Sauvignon thrives under these conditions because it requires good physiological ripeness during harvest time: thick skin on all parts of the berry so it can withstand high temperatures without bursting; enough sugar content to balance acidity levels; ample tannin levels for stability when aging; low pH levels (which determines how “bright” or acidic your wine will taste). 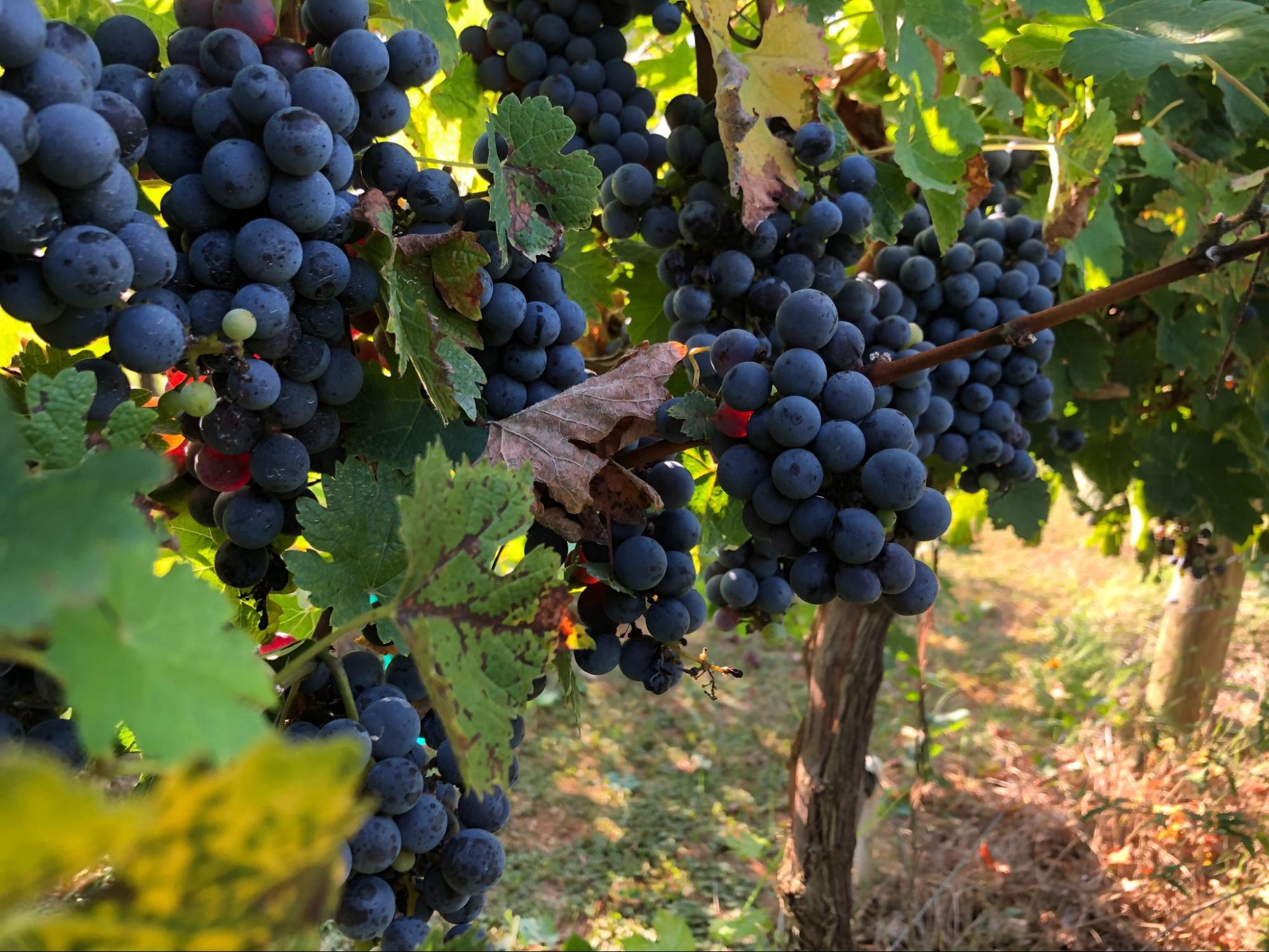 Photo by April Klein on Unsplash

How fruits grown in California influence the flavor of Cabernet Sauvignon

There are many different wine varieties grown in California and even more microclimates. The fruit-growing areas of California are some of the most diverse in the world. This is because the state’s climate and geology allow a wide range of fruit to thrive, from wine grapes to pomegranates to avocados. As a result,  California Cabernet Sauvignon wines and their most common aromatic and flavor components are influenced by the terroir the fruit is grown in. With unique flavors of dark black fruits, such as blackcurrant, blackberry, and black cherry, California Cabernet Sauvignon’s aroma, color and structure also varies depending on the type and age of oak used. It is the job of the winemaker to balance all these flavors when blending the final wine.

California’s 69,000 farms and ranches produce more than 50 percent of the nation’s fruits, nuts, and vegetables. Thanks to this, California Cuisine is a style of cuisine that emphasizes fresh, local ingredients.

It can also be called “farm-to-table” or “local food” because it focuses on dishes driven by local and sustainable ingredients. In addition, food from this region tends to be very fresh because it hasn’t been shipped across the country or overseas before reaching your dinner table.

Conclusion: Cabernet Sauvignon is a “go-to” wine for many people in California

There are many different types if you’re looking for a bottle of great wine. But if you’re looking for a bottle of excellent red wine, one of the best choices is California Cabernet Sauvignon. This wine has been around for centuries, and it’s still going strong today. There’s a good reason for that. The versatility of Cabernet Sauvignon has made it one of the most sought-after grapes among winemakers worldwide.

The grape produces rich, dark, and full-bodied wines with distinctive blackcurrant, leather, and spices flavors. In addition, Cabernet Sauvignons are known for aging well for at least 15 years and often longer. Therefore, the best bottles of California Cabernet Sauvignon will still be enjoyable after decades. Cheers!